Double Seven Festival or Chinese Valentine's Day, happened on the seventh day of the seventh lunar month. In Chinese, it is also called Qixi , Qiqiao, or Girls' day.

It originated from the fairy tale about Niu lang(the cowboy) and Zhinv (the weaving girl).

The hero of this story, Niu Lang, who was an orphan since he was little, lived with his brother and sister-in-law. He was forced to move out and live with an old cow because he was treated badly by his sister-in-law.

One day, the weaving girl, Zhinv came to the earth with her sisters, they happened to meet Niu Lang who was cowboying. Niu Lang and Zhinv fell in love at the first sight, so Zhinv decided to stay with Niu Lang instead of returning to the Heaven.

They lived happily together and even gave birth to two lovely babies. However the Emperor of the Heaven was furious when he found that Zhinv should marry a mortal man, so he ordered Wangmu, the Queen of the Heaven, come down to earth and bring back Zhinv.

Wangmu did what she was ordered and brought Zhinv with her, on their way back to heaven, Wangmu saw Niu Lang was after them so she took off her hairpin and made the Milkyway to stop him.

Luckily, their love story moved the magpies. They built a bridge with their bodies so that Niu Lang could cross the Milkyway and met his wife over the bridge.

The Emperor of the Heaven could do nothing but make a comprise and allow Zhi nu and Niu Lang met once a year on the magpie bridge on the seventh day of the seventh lunar month. On this day, thousands of magpies built the bridge for the two lovers to meet. 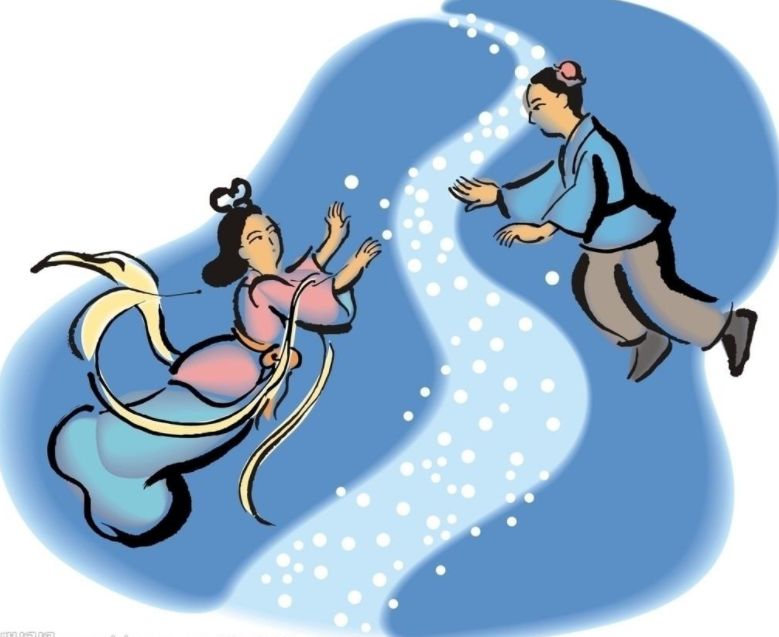